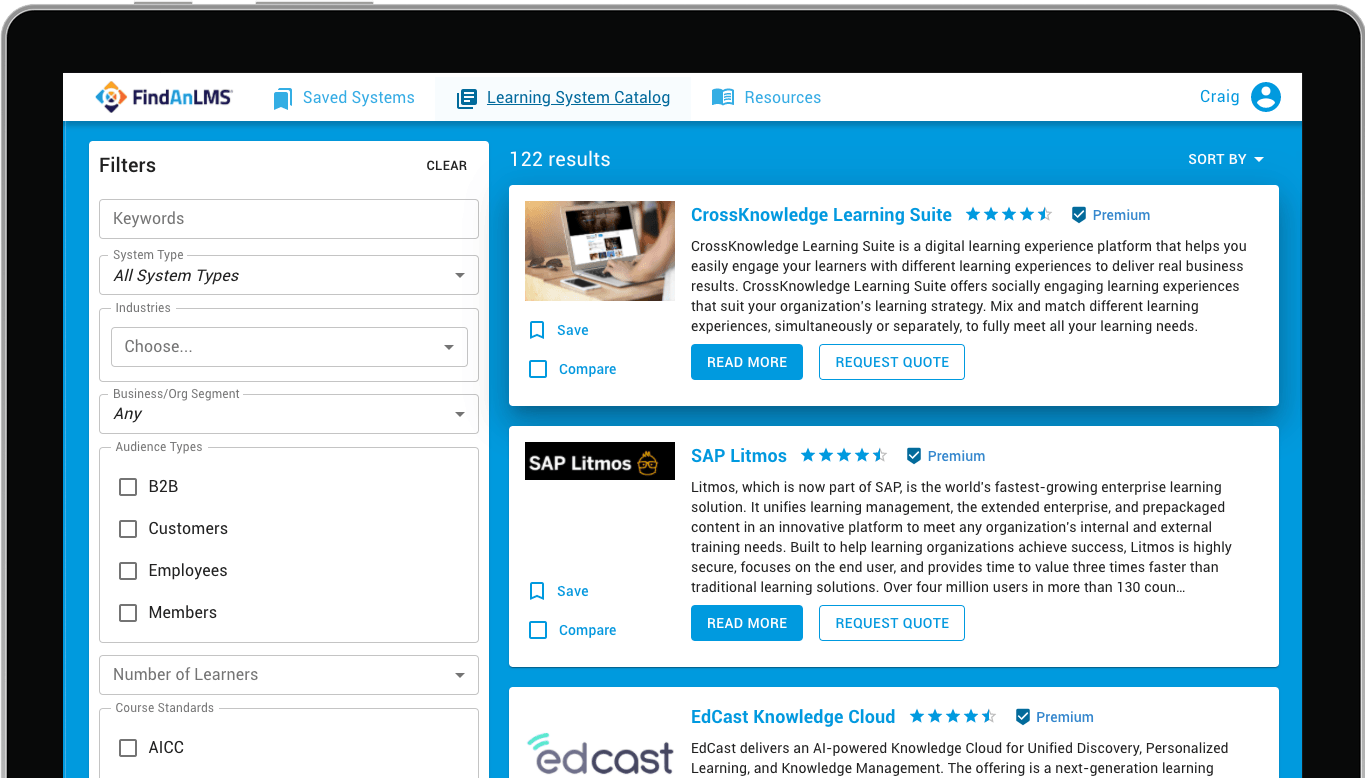 People like sports. We may not be good at throwing a ball or running around a track ourselves, but we have no problem becoming emotionally invested in other people doing so while wearing the colors of a team, country, or school that we support. The annual NCAA basketball tournament illustrates this concept nicely as nearly everyone fills out a bracket even if they have no idea who is playing.

As such, it makes sense to present other types of information using the same brackets that the NCAA tournament employs. Online learning expert Craig Weiss has made an annual tradition of this with his Best of the Best Customer Education Bracket: a comparison of the top 16 LMS solutions for the customer education (or CE) market. Of course, LMS vendors don’t play basketball, so each system’s “score” is determined by Weiss’s unbiased evaluation on a scoring scale.

For example, a learning system’s mobile app could be worth up to 12 points this year based on factors such as iOS and Google Play availability, on-off synch, and the option to white-label. Weiss played out every “game,” but the score never changed between rounds. The brackets are intended to help organizations find a CE LMS that suits their needs without bogging them down with undigestable levels of information. If you would like further assistance finding an LMS, you can create a free account on FindAnLMS.com for exclusive insight and head-to-head comparisons straight from Weiss himself.

The LMS market has splintered into two distinct groups based on the audience they are intended for. The first is for training internal employees and features a heavy emphasis on mandatory courses and upskilling opportunities. The second is for external learners such as customers, partners, and associations and focuses more on helping channel partners see the value an organization can provide for them. Weiss’s Best of the Best Customer Education Bracket is intended specifically for the second group, though “combo” systems that try to appeal to both groups are eligible if strong enough on the customer education side.

In total, 16 learning systems were included in the bracket and seeded from 1-8 on two sides labeled “A” and “B.” Price was not considered in any way, and add-ons were considered where applicable. Scores were out of a possible 110 points, though nobody came close to that.

Here are the eight systems that were defeated in their opening matchup and their scores:


It’s easy to see each of these vendors as losers, but remember that there are thousands of learning management systems out there and these eight cracked the top 16. You can see how good they are by their scores, which are all solid out of a possible 110. Weiss feels that Raven360 is a sleeper hit more people should be aware of, but it was edged out by Cornerstone LMS. Likewise, LearnUpon is a great system for customer training that lost a few points due to a lack of CE metrics and minimal sub-tenant capabilities. Weiss further notes that LearnUpon is unsuitable for large organizations.


Weiss named Fuse as his top overall learning system for 2022, so you may be surprised by the second-round exit. He notes that Fuse is a great system but doesn’t have all of the features expected of a dedicated CE platform yet, including a substandard course authoring tool that made the difference in a tough matchup with Eurekos. Weiss adds that the combo Cornerstone LMS is the best platform overall for skill development while Intellum handles skills most effectively in a CE-focused system, giving both use cases over the systems that scored above them.


Both of these are great systems, though their add-ons featured heavily in their ability to make it this far. Absorb Create LI is a fantastic course authoring tool that stands out in the CE market, while Docebo Flow includes must-have analytical tools in the customer education space. That said, Docebo in particular suffers from poor CE messaging. What is “Flow” even supposed to mean?

Eurekos is the plucky upstart that nobody heard of before the tournament began, but this performance will ensure that they are a household name before long. Weiss notes that the platform is improving rapidly with multiple innovative features in the works, and they already lost by just a single point. Expect big things in the future.

And the Winner Is…

The winner of the 2022 Best of the Best Customer Education Bracket and still the champion is Thought Industries with a whopping 95 points. You might think that a repeat champion would have no obvious way to improve themselves moving forward, but Thought Industries doesn’t have a mobile app and lost all 12 points in the category. Winning with a 0/12 on your score sheet is impressive, but imagine what they could do if they created an app.

Thought Industries won the title, but your needs could demand the innovation of Eurekos, the skill development of Cornerstone LMS, or a specialized solution offered by a vendor that wasn’t even featured on the bracket. If you’re interested in comparing the top learning systems as curated by Craig Weiss, create a free account on FindAnLMS.com today! 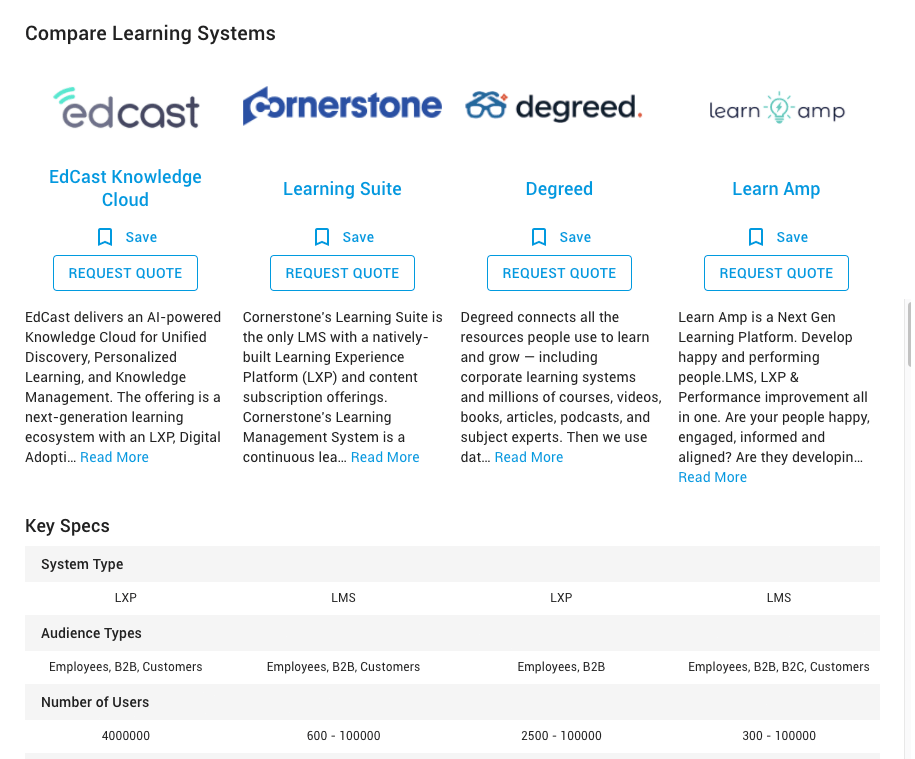 A side by side comparison view between learning systems makes it easier to scan and compare different systems.

The platform contains over a hundred learning systems. The only site to list the best systems in the world. Meticulously selected to ensure optimum search results for you. 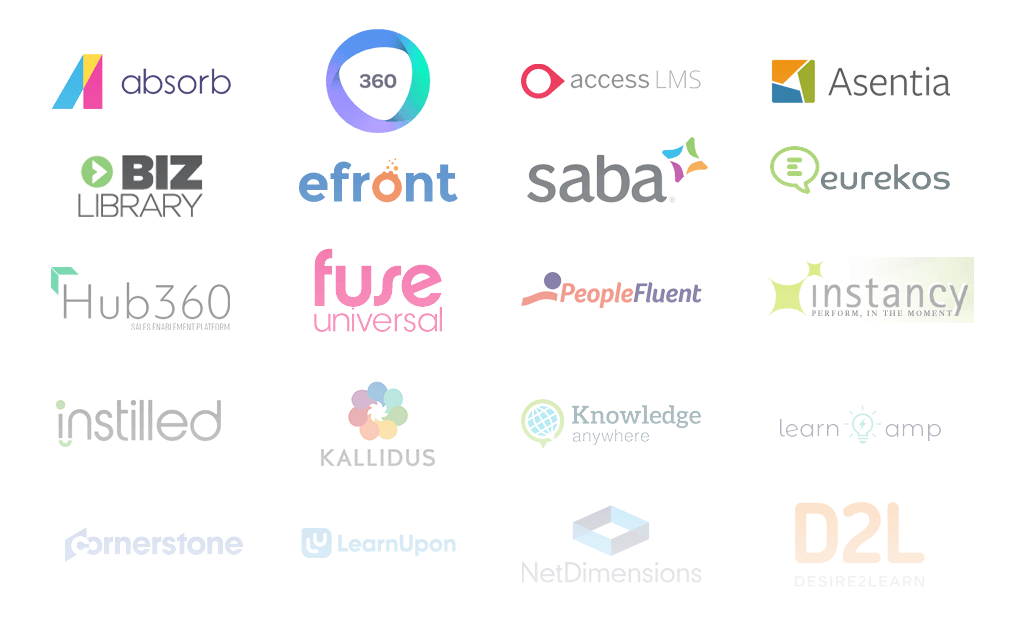 Are you interested in a particular learning system and would like to get pricing? Simply press the Request Quote button on any learning system to start the quote process.

Craig Weiss, the most influential person in the world for learning systems, rates every system. 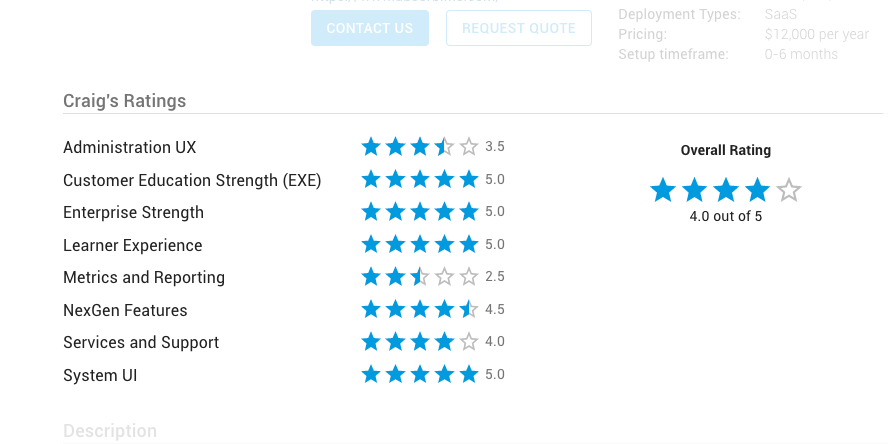 Finding a learning system has never been so easy!